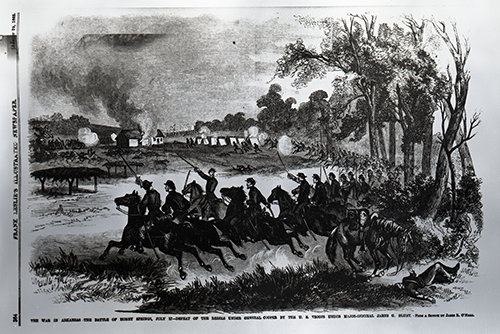 THE CIVIL WAR IN CHEROKEE NATION

When the Civil War broke out, Cherokee Nation hoped to remain neutral. As the war came closer to the Nation, old grudges and hatreds emerged. Surrounding states aligned with the South; other area tribes signed treaties with the Confederacy. Facing pressure from Confederate sympathizers, Principal Chief John Ross signed a treaty with the Confederate States of America in 1861. Barely 20 years after Removal, from 1861 to 1865, war raced across Indian Territory.

Cherokee soldiers turned on one another. Stand Watie of the Treaty Party, a Confederate colonel, agreed to raise a regiment, which threatened to divide Cherokee people again. 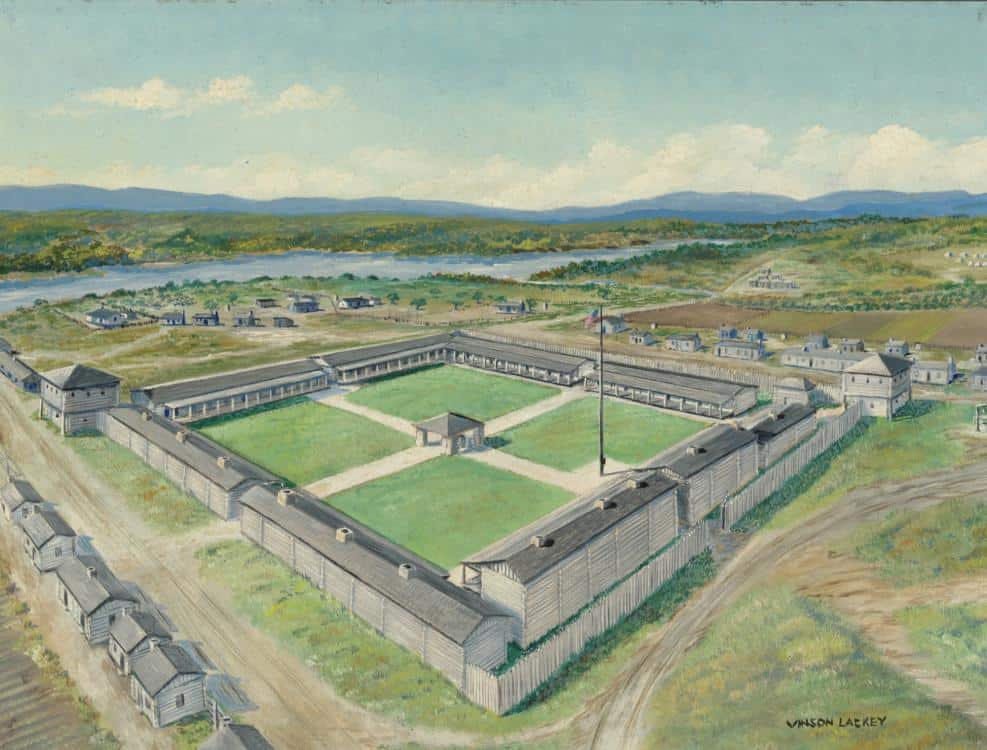 Support for the Confederacy was lukewarm among many Cherokees. The secret, pro-Union Keetoowah Society formed in the 1850s. Members were identified by a cross-shaped pin worn on their lapels or shirts. Confederate supporters called them “Pin Indians.”

From 1862 to 1865, Confederate Cherokees battled Union Pin Cherokees across Cherokee Nation. Those citizens who could flee left for refugee camps along the Texas and Kansas borders. After the war’s end in 1865, the Cherokees who had fled returned home and saw the toll the war had taken: fields and orchards burned, livestock killed or driven off, public buildings and homes demolished.

You Might Also Like
REBUILDING A REPUBLIC
Learn More
REMOVAL
Learn More
GROWTH OF A NATION
Learn More
Search for: