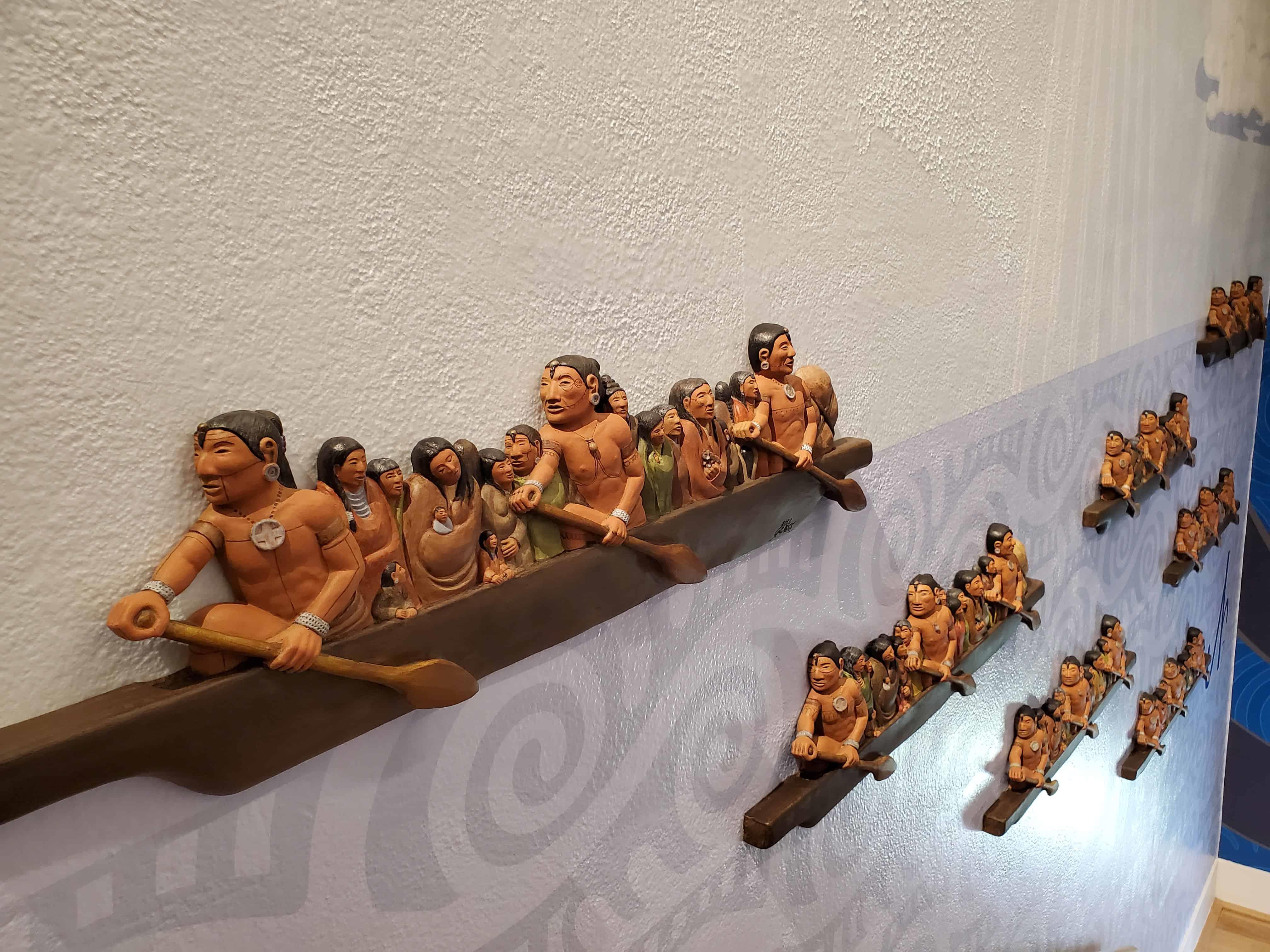 One Cherokee creation story recounts a time long ago when Cherokee people lived on an island south of what is now the United States. Their island became tormented by earthquakes that led to a volcanic eruption. Approximately 14 groups departed in canoes to find a new home.

The people set forth across a vast expanse of water, traveling for weeks. Not every canoe survived this dangerous journey: only seven canoe groups remained when they reached the shores of an unfamiliar land. These groups would become the seven Cherokee clans: Wolf, Blue, Long Hair, Paint, Bird, Deer, and Wild Potato.

The seven groups traveled north to the land of the Iroquois in the northeast of present-day United States. There Cherokee lived among the Iroquois for a brief time until they began their journey, heading south and east where they settled, living in towns and communities and becoming Cherokee Nation.

You Might Also Like
CABIN IN THE WOODS
Learn More
CHEROKEE HUNTING
Learn More
ORDER IN THE COURTS
Learn More
Search for: