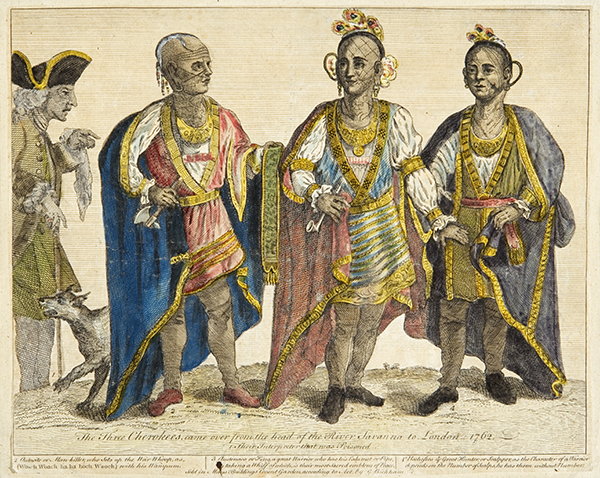 Artwork: The Three Cherokees, Came Over From the Head of the River Savannah to London, 1762 by unknown artist. Source: Gilcrease Museum

Cherokees maintained their traditional way of life and community long after this initial meeting. By the late 1600s, Cherokees entered into trade relationships with other Spaniards who brought cloth, metal, and firearms to the tribe, all of which became essential to the changing Cherokee life. 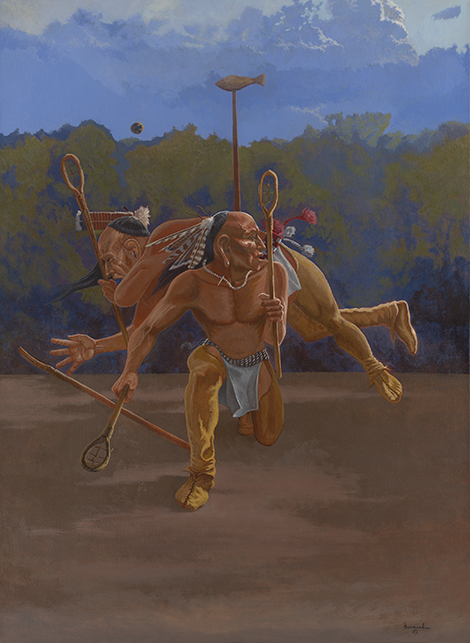 In the late 1700s, Cherokee people faced warfare between other tribes as well as with colonists during the French and Indian Wars and the American Revolutionary War. Often the tribe would forge alliances that contributed to its betterment. Sometimes tribal alliances backfired, causing loss of life, crops, and towns.

From the late 1700s to the early 1800s the Atlantic slave trade, whereby European powers enslaved African people and some Native Americans for their labor, disrupted Cherokee life.  The Yamasee War (1715–1717) effectively ended the enslavement of Native peoples on the East Coast but did not end Cherokees’ participation in the slave trade. Europeans introduced Cherokees to ideas about race that had profound effects on Cherokees and their descendants.