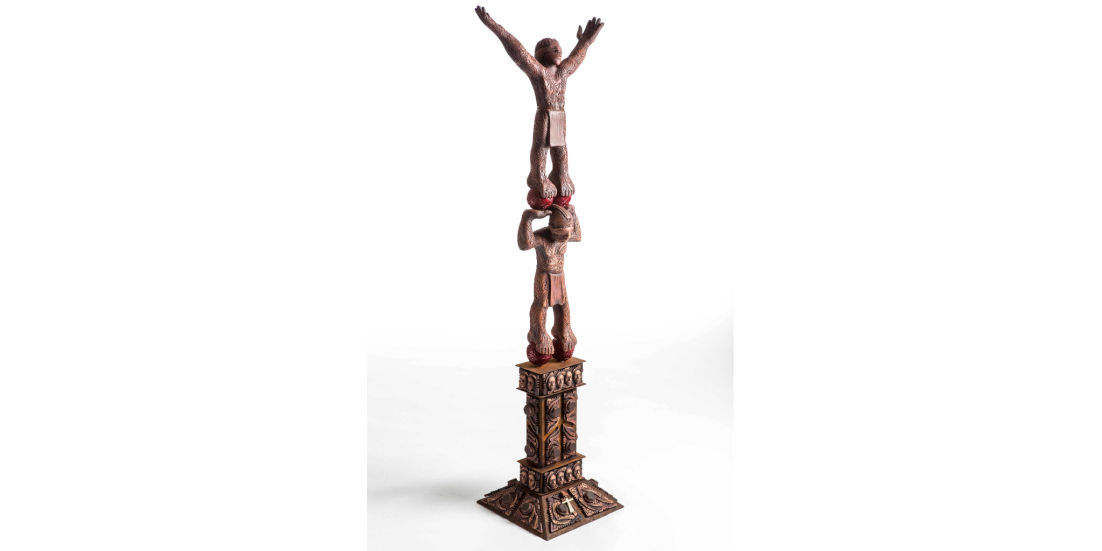 Featured artist Troy Jackson is a Native Oklahoman and award winning Cherokee artist. His blended heritage has become the inspiration for his artwork in his newest piece, "The Passing of a Generation". Troy’s grandparents were a product of the Great Depression era, and being both Cherokee and European, each were similarly affected by the economics of the United States. Their life experiences have been handed down from generation to generation. He now stands on the shoulders of his ancestors. What they believed and what they taught has developed core values evident in him today. The resilience of his two very different families have now become his inspiration.
As an artist, he hopes his work will shed light on the identity of the two cultures he belongs to. Taking bits and pieces from Cherokee culture and trying to fit them into White culture, then attempting to draw some sensible conclusion as to what will be tolerated. "The Passing of a Generation" is the continuation of these stories, ideas, problems and attitudes as related from a previous generation to their children and to their children’s children. Troy explains how the materials all tell the story of his people.
Troy’s work can be viewed at the highly recognized Spider Gallery in Tahlequah, Oklahoma.