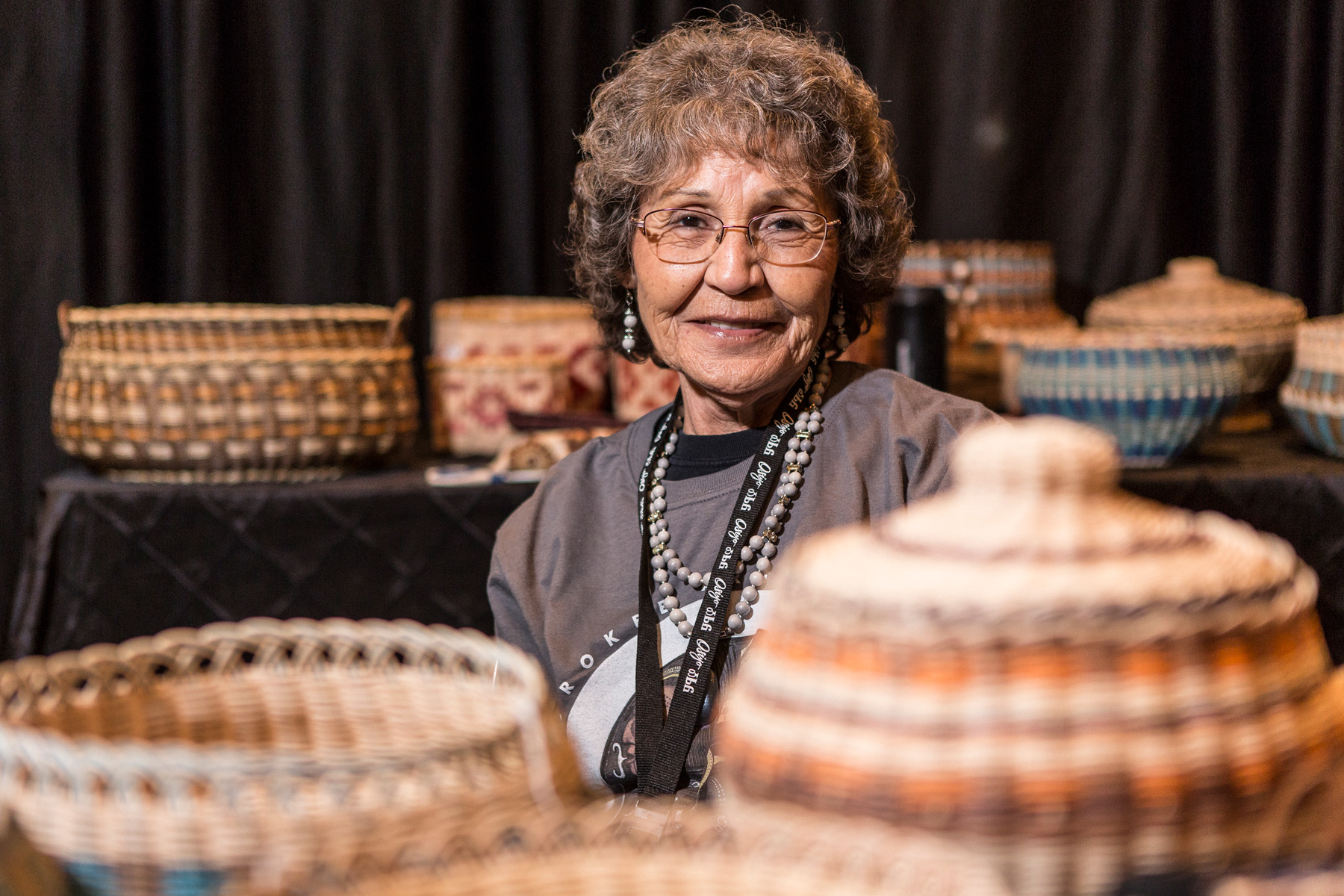 The basketry exhibit “Bessie Russell: Weaving a Tradition” opens at the Saline Courthouse Museum in Rose, Oklahoma, on Aug. 31.

Russell is skilled in gathering the materials and natural dyes used to make authentic, hand-crafted Cherokee baskets. She has passed on the knowledge of processing the materials and weaving to many students, including her daughters – basket makers Vicki Coppedge and Teresa Million.

Russell has worked prolifically with honeysuckle and buck brush throughout her career. The exhibit will feature pieces made from both materials as well as commercial reed. Baskets and mats by Coppedge, Million and Russell’s great-grandson, Jordan Robbins, will also be included in the show.

Among the work on display are two flat-reed baskets made by Russell early in her career along with necklaces made from her handmade clay beads.

The exhibit also includes works for sale to the public.