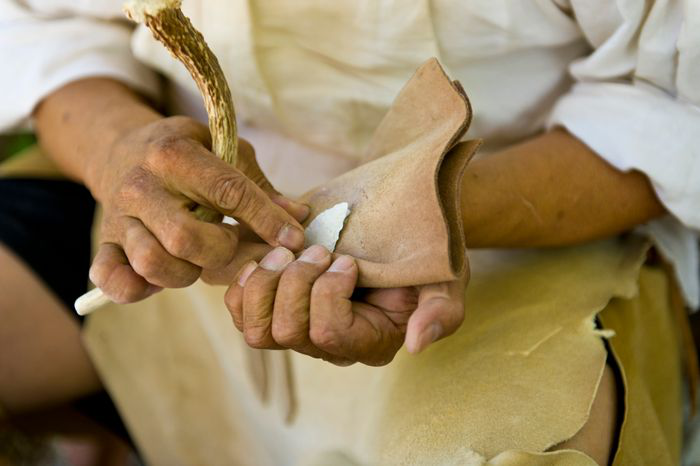 ᎦᏃᎭᎵᏙ (ga-no-ha-li-do) is the Cherokee word for “hunting.” Skills and traditions pertaining to hunting influence other portions of daily life for many native peoples. Hunting is still a prominent aspect of Cherokee identity. Cherokees hunted to feed themselves and their communities using various weapons, but, like many things, hunting practices changed after European contact.

Traditionally, men were the hunters in Cherokee communities. Young boys learned to hunt small game using blowguns until they were old enough to hunt with the men. Hunting required fasting, ceremony and medicine specific to the undertaking. As with some other male tasks in Cherokee culture, hunting voyages also served as training for warfare. Regular festivals and ceremonies required a big hunt beforehand. Designated hunters brought back meat for the festivals but the men hunted on a very regular basis. For some, it was a type of profession. Cherokee men hunted mainly for sustenance and different game required different tools. 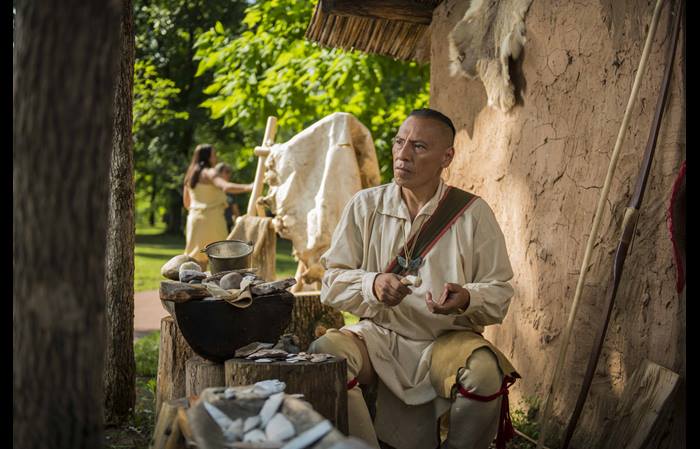 Bows and arrows were primarily used to hunt deer, turkey and other large game. Bows were often made from hickory and black locust trees. Arrows had rivercane shafts with wooden nocks to keep the cane from splitting. The tips of the arrows were flint-napped arrowheads. Dressing and cleaning the game required the use of special scraping tools made with flint-napped blades. Hunters kept a flint knife at the waist or in a sheath around the neck to make it easily accessible. Knives were a necessity for everyday life. For small game like squirrels and rabbits, Cherokees used blowguns. Blowguns were made from rivercane and could be three to nine feet long. Eventually, another weapon would be introduced that would forever alter the speed and efficiency of Cherokee hunting traditions.

The introduction of firearms had a dramatic effect on hunting as well as warfare. The Cherokee began hunting for trade instead of necessity. The rifle helped the Cherokee acquire animal skins more rapidly, which in turn made them major participants in the North American fur trade. As a result, deer and other large game neared endangerment. Eventually, the fur trade began to decline and the number of these endangered animals started to steady. Much like other trade items that the Europeans introduced, the rifle continued to be utilized by the Cherokee people however they saw fit.